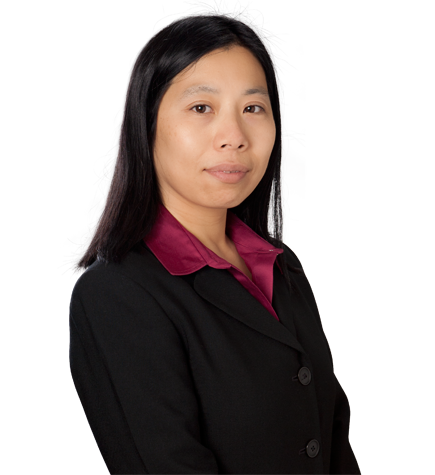 Annita Zhong focuses her practice on patent litigation, contested patent office proceedings and licensing in the United States, the European Union and China.

Examples of her recent, diverse practice include serving as lead Patent Trial and Appeal Board (PTAB) counsel defending a portfolio of patents in 29 inter partes review (IPR) proceedings filed by the largest handset manufacturers in the world, resulting in a perfect record with no claims invalidated including two final written decisions upholding all challenged claims. This was the largest campaign against a single patent owner in a single year.

Annita also served as lead PTAB counsel defending a large cellular standard essential patent (SEP) portfolio against Apple, resulting in a perfect non-institution record in the PTAB. Additionally, she served as lead Chinese patent and litigation counsel in the defense of a large cellular SEP portfolio in China that involved 28 contested proceedings before the Chinese Intellectual Property Office and the Shenzhen Intermediate People’s Court.

After receiving her Ph.D. from California Institute of Technology and before attending law school, Annita worked as a senior research scientist in the areas of catalysis, semiconductor packaging and bio-imaging at General Electric Company's Global Research Center in Niskayuna, New York. She is a co-author and co-inventor of peer-reviewed journal articles and issued patents, including serving as a lead author on a paper that garnered over 300 citations.

Annita’s time as a senior research scientist exposed her to a wide array of technology and allows her to rapidly develop subject matter expertise in diverse technologies. Her deep knowledge in semiconductor fabrication and packaging, computer architecture, telecommunication technology, artificial intelligence, renewable energy, and chemistry and materials, makes her an extraordinarily valuable asset for holders and creators of intellectual property.

Annita was selected as one of the 2021 “Minority Leaders of Influence” by the Los Angeles Business Journal. Among other recent honors, she has been named to the PTAB Bar Association’s Top 50 Women in PTAB Trials list, has been recognized by The Legal 500 for Intellectual Property-Patent Litigation (Full Coverage), and has been listed as a “Notable Practitioner” in Managing Intellectual Property’s IP Stars.

Annita is a native speaker and writer of Chinese, and graduated at the top of her class from a leading Shanghai high school (one of only two directly under the Ministry of Education).