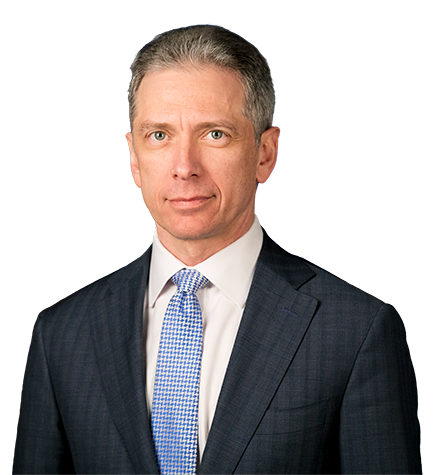 As head of the USPTO, Andrei oversaw one of the largest IP offices in the world, an agency with approximately 13,000 employees and an annual budget of more than $3.5 billion. He also served as the administration’s principal advisor on domestic and international IP issues. Among Andrei’s initiatives as director was the creation of the National Council for Expanding American Innovation, a group of industry, academia and government leaders tasked with helping the USPTO develop a comprehensive national strategy to broaden participation in the innovation ecosystem demographically, geographically and economically.

Prior to his government service, Andrei spent two decades at Irell and served as the firm’s managing partner from 2012 to 2018, the maximum allowable tenure. In his time at the firm, he represented clients in a variety of high-profile matters in district courts, the U.S. Court of Appeals for the Federal Circuit, the U.S. International Trade Commission and the USPTO. In addition to litigation, Andrei was involved in all other aspects of IP practice, including prosecution, due diligence and licensing. He represented plaintiffs and defendants across the technical and scientific spectra, including those associated with medical devices, genetic testing, therapeutics, the internet, telephony, TV broadcasting, video game systems and computer peripherals.

Throughout his career, Andrei has been widely recognized for his work, earning accolades from publications including Chambers USA, Intellectual Asset Management, Managing IP, Daily Journal, California Lawyer, Los Angeles Business Journal, Legal 500, and many others. Most recently, he was inducted into the IAM Hall of Fame by Intellectual Asset Management and received the “Excellence Award” from American Intellectual Property Law Association (AIPLA). In 2019, Andrei received the “IP Champion Award” from the Intellectual Property Owners Education Foundation for “his extraordinary leadership in advocating for the value of intellectual property to stimulate the progress of innovation.” Andrei also received the 2020 IEEE-USA “Award for Distinguished Public Service” for “his achievement of restoring balance and confidence in the U.S. patent system.”

In 2021, Andrei co-founded the Renewing American Innovation Project at the bipartisan Center for Strategic and International Studies (CSIS). He previously taught patent law at UCLA School of Law, and he is a sought-after speaker and writer on issues related to IP and innovation.

Prior to law school, Andrei was an engineer at Hughes Aircraft Co. where he received several honors including the “Malcolm R. Currie Innovation Award.” He is still licensed as a Professional Engineer in California.