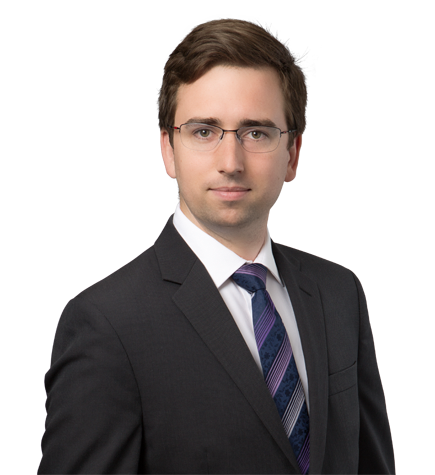 Conor Tucker is a litigator. He represents clients in a variety of disputes, including in the areas of trademark, trade dress, trade secret, copyright, contract and patent. He serves clients from a wide variety of industries (including apparel, entertainment, banking, healthcare and computer sciences) in a wide variety of forums (including state and federal courts, the International Trade Commission, international arbitration tribunals and the Trademark Trial and Appeal Board).

Conor has an active pro bono practice focused on civil rights, including arguing for immigrants’ rights in immigration court and the Ninth Circuit and representing non-profits as amici in a case related to government surveillance.

Conor earned his J.D. from Northwestern University Pritzker School of Law, where he was elected to the Order of the Coif, served on the articles board of the Northwestern University Law Review and received the Raoul Berger Prize for his research on jurisdictional aspects of the Defend Trade Secrets Act. During law school, Conor externed in the chambers of the Hon. Ann Claire Williams of the U.S. Court of Appeals for the Seventh Circuit.