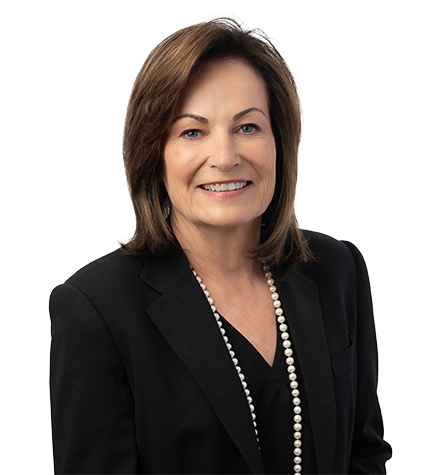 Judge Kathleen O’Malley (Ret.) focuses her practice on litigation consulting involving a broad range of subject matters, all forms of alternative dispute resolution, and intellectual property policy work. Prior to joining Irell, Kate was a federal judge for more than 27 years, including most recently serving on the U.S. Court of Appeals for the Federal Circuit, the only court that handles appeals of patent cases.

In addition to her patent expertise, Kate also has substantial experience with other IP issues—copyright, trademark, trade secret, and the intersection of IP and antitrust—and with other areas of federal law, including securities fraud, tax matters, multi-district litigation and white collar criminal prosecutions.

Kate regularly lectures on various IP topics, including the importance of IP to innovation and the importance of innovation to the economy, and has trained judges, lawyers and stakeholders on the U.S. IP system in over a dozen countries around the world. She is the only U.S. representative on the World Intellectual Property Organization’s Judicial Advisory Council and has been involved in many WIPO sponsored projects and programs. Kate is also a senior adviser for the Renewing American Innovation Project at the Center for Strategic and International Studies and serves on the IPO Education Foundation Board of Directors.

Kate has been involved in numerous projects relating to the intersection of science and the law. At the invitation of the National Academies of Sciences, Engineering, and Medicine and the Federal Judicial Center, she served on the Committee on the Development of the Third Edition of the Reference Manual on Scientific Evidence. She also recently co-chaired a planning committee for a workshop titled, “Emerging Areas of Science, Engineering, and Medicine for the Courts,” that explored legal questions relating to climate change, the ethical and IP implications of AI, implicit bias, computer science and engineering, among other cutting-edge issues.

Prior to becoming a judge, Kate served as first assistant and chief of staff to then-Ohio Attorney General Lee Fischer, supervising the office’s 1,100 employees, and, before that, as the chief counsel to the attorney general, supervising the work of over 350 attorneys and litigating major matters on behalf of the State of Ohio and its elected officials. Before her public service, Kate litigated complex business cases at large law firms in Ohio.

Kate has received many awards over her career. For her recent contributions to IP alone, she was: