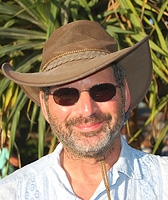 It is with great sadness we report that our partner and friend Tom Kirschbaum died in a tragic accident at sea on May 23, 2010.

In addition to being widely recognized as one of California's leading employee benefits attorneys, Tom was a world-class sailor with a passion for sailing that went back to his childhood.  In 2008, he fulfilled a childhood dream when he successfully competed in the Singlehanded Transpac Race, a famously grueling 2,120-mile solo race from San Francisco to Hanalei Bay on the island of Kauai in Hawaii.  Before embarking on the race Tom wrote these words:

"I've been thinking about this for a long time -- since fourth grade, when Mrs. Fleming assigned Captain Slocum's Sailing Alone Around the World. In fifth grade, I got my first ride on a sailboat, a King's Cruiser in San Francisco bay. That summer, I got my first boat, a San Francisco Pelican. There followed 40 years of messing around in boats, mostly dinghies and small, open keelboats. In the summer of 1998, things came together: My older daughter and I sailed our Santana 20 from Marina Del Rey to the unspoiled other side of Catalina and had a great time; on our return, she gave me a copy of The Old Man and the Sea; I reread Slocum; and I heard about the SSS [Singlehanded Sailing Society]. In 2002, I bought the Feral, an International Folkboat, with the idea that I might one day do the SHTP [Single Handed Transpac Race to Hawaii]."

Tom was proud and reinvigorated when he returned to the firm after that three-week solo sail in 2008.  He quipped that "after dealing with black squalls in the middle of the night, Section 409A didn't seem so bad." This article, which appeared in the Los Angeles Daily Journal, celebrates Tom's feat and preserves his recollections from that happy time.

"Although this time is thick with grief for many, I know that Tom would want us not just to mourn his death, but to celebrate his life," said former Irell & Manella Managing Partner Elliot Brown. "Tom was a first-rate human being, lawyer, scholar and a gentleman. He will be sorely missed, but not forgotten." 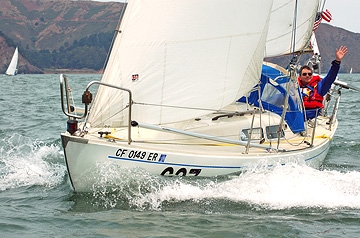