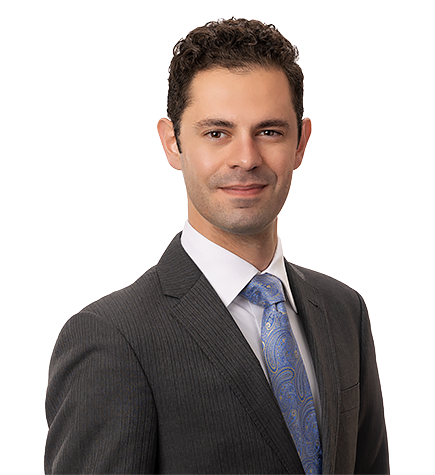 Grant Gabriel is an associate in the Litigation group. He earned his J.D. from Yale Law School, where he served as treasurer and an executive board member for the Yale Law and Business Society, as well as co-president of the Yale Entertainment and Sports Law Association. Grant was also lead editor of the Yale Journal on Regulation, in addition to serving as a teaching fellow and research assistant.

Grant obtained his B.A. in Classics from Yale College. He was one of 30 freshman selected to participate into the four-year Yale Leadership Education and Development program. He served as director of the Youth Leadership Program for the Yale Leadership Institute and as a founding board member of the American Enterprise Institute Executive Council, among other activities.

Grant clerked for the Hon. Jay S. Bybee of the U.S. Court of Appeals for the Ninth Circuit. He also interned for the Hon. Mark Gibbons of the Nevada Supreme Court. He had several political internships as an undergraduate, including for former Nevada Gov. Brian Sandoval and former Nevada Sen. Dean Heller.