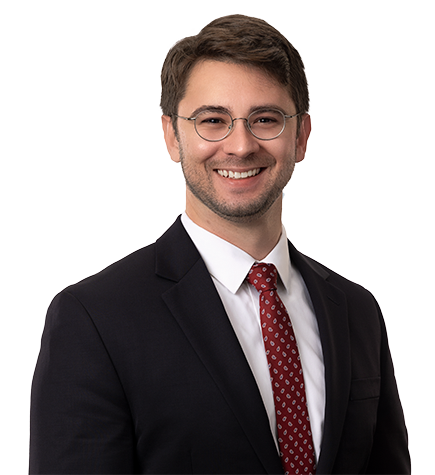 During law school, David received several honors, including the Faculty Award for highest performance in a course for his work in Patent Law, Copyright Law, Contracts, Torts, Lawyering Skills II, and Legal Profession. He also served as a board member and executive editor of the UC Irvine Law Review. In addition, as a student in the Ninth Circuit Appellate Litigation Clinic, he victoriously briefed and argued a Cuban asylum seeker’s petition for review.

David was a judicial extern for the Hon. Gail Ruderman Feuer of the California Court of Appeal for the Second District.

David earned his B.S. in Symbolic Systems from Stanford University, with a concentration in Human-Computer Interaction. Before Stanford, he studied Jewish law and theology at a rabbinical seminary in Israel.